How does the naked eye 3D screen work?

In recent years, the popularity of naked-eye 3D large screens has been increasing. Although the naked-eye 3D screen seems to have made a breakthrough in traditional displays, it is actually more "ordinary".

Simply put, naked-eye 3D technology is not considered cutting-edge display technology, but this technology allows people to see vivid three-dimensional images with the naked eye without wearing 3D auxiliary tools. The working principle of our naked eye 3D is to use people's left and right eyes to receive pictures at different positions, and then through the brain to superimpose and fuse the information of the two images to form a not only up-down, left-right, but also front-back, far -A close-up stereoscopic image. 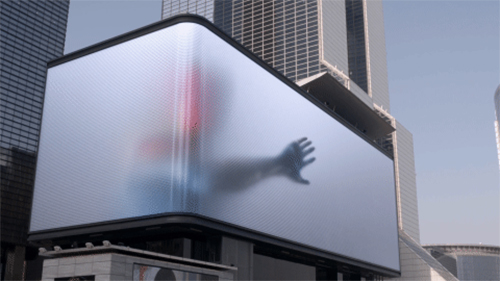 The common types of naked-eye 3D display technology are divided into shutter type and polarized type. Shutter type means that by dividing the image into two frames by frame, two sets of images corresponding to the left eye and the right eye are formed, which are displayed continuously and interlaced. , The right eye can see the corresponding picture at a certain moment. The polarized type uses the principle that light has a "vibration direction" to decompose the original image. First, the image is divided into two groups of vertically polarized light and horizontal polarized light, and then the left and right 3D glasses use polarized lenses with different polarization directions. In this way, the left and right eyes of the person can receive two sets of pictures, and then the brain can synthesize the three-dimensional image. Comparing the two, the shutter-type naked-eye 3D screen has more applications.

The naked-eye 3D screens that have become popular in recent years are, without exception, composed of two pictures from different angles. The display screen folds the picture 90°, and uses video materials that conform to the principle of perspective. The left screen displays the left view of the image, and the right side displays the image. The main view of the object, when people stand in front of the corner and watch, they can see the side and front of the object at the same time, presenting a realistic three-dimensional effect.